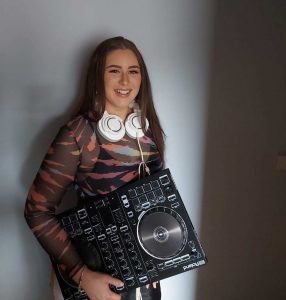 Kelly Darcy is a music and media enthusiast. Having grown up on stage, she decided to explore behind the scenes in college and graduated from DKIT’s BA (Hons) in Production of Music and Audio.

She has always had an interest in radio so towards the end of college, Kelly began going to Liffey Sound 96.4fm every Friday to see how things operate and to sit in on talk show, Lucan Live. Within a couple of weeks, Kelly was hosting one interview per week and getting involved in the full run of the show.

In June 2018 Kelly began her own show Hot Hits which is now dedicated to playing the best of Irish Hip Hop and Urban music. Some weeks you will hear a snip of an interview she has done with an artist and may even be treated to a little live performance!

I am so grateful to Liffey Sound 96.4fm for giving me the chance to explore my dream job and the platform to expand my creativity and bring my vision to life. I hope you enjoy the show! 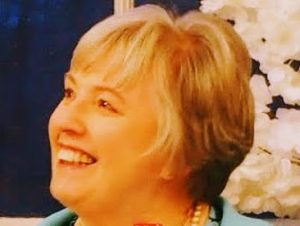 My name is Maria Murphy and I present Lucan Live on Liffey Sound FM. Through the medium of conversational interview I discover what is happening in Lucan. Issues that need to be highlighted and stories that need to be told, all form a part of Lucan Live. Adoption, Fostering, Neurological & Psychological Services, Budding Artists, Film Makers, Politicians are among those who have told their story or expressed their opinion on Lucan Live. If you too have a story to tell email: lucanlive@liffeysoundfm.ie

My involvement began when we were seeking a Community Radio licence to broadcast. Once our licence was granted in July 2006, I became a Broadcaster working in the field of current affairs, bringing the stories that matter to Lucan. As Liffey Sound’s Trainer I deliver a QQI Level Three Course in Media Expression to interested groups. 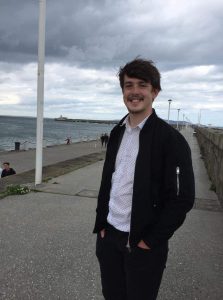 He started as a producer and reporter for “Lucan Live”, before going on to host his own show, “Anything & Everything”, with Declan Gill which ran for four series until March 2020.

He has also provided coverage of the annual Lucan Festival and has appeared on Rian McGrath’s “Full Fat Tuneage”, providing serious opinions and in-depth analysis on the Eurovision Song Contest.

Manné is the host of African Jamboree, a lively music program which airs every Saturday evening at 6pm on Liffey Sound.

Manné provides a combination of entertaining and informative topics to his listeners living in and around Lucan, as well as to his other avid followers wherever they are in the world.

Listeners can expect the very best of African music with snippets of the most interesting stories about African Achievers who continue to contribute greatly to the advancement of the world through science, technological innovation, modern medicine, engineering, mathematics, arts, sports, literature and more. 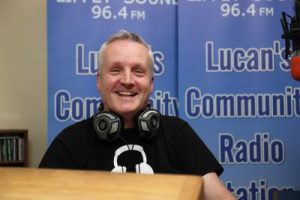 For years I have been compiling mix tapes and now mix CD’s for family, friends and work colleagues.

I love introducing people to different music and hearing back from them as to how they now listen to artists they would never have heard of or listened to before.

Now thanks to Liffey Sound I am living my dream of playing music on the radio to a bigger audience. I hope that everyone enjoys the show and hopefully they will discover some new music and get as much enjoyment out of listening as I do presenting. 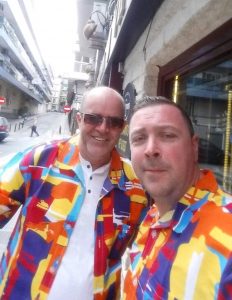 We were both djs on the pub and club arena for 10 years and then went on to do private parties. Over the years we really enjoyed playing our styles of music (and trust us, we have very different tastes in music!) but it seemed to always work out. When the economic crash happened we just called it a day.

When we got the opportunity to be presenters on Liffey Sound FM we jumped at the chance. I suppose we missed entertaining people and of course love a new challenge!

So tune in to our show for all the best of the 70s, 80s, 90s and a little bit of noughties with a little bit of fun on the way! Follow us on facebook @mixtape with jimmy and vinny to get involved in our superstar mix of the week poll or leave us a message for your throwback sound requests.

I’m delighted that liffey sound gave me the chance to host a show as I’ve always wanted to be on the radio. I started out as a contributor on a sports program before I got a chance to present my own music show.

I still enjoy doing the sport on the weekend but love the chance to come in every Monday evening to play my choice of music and the odd request which I hope the listeners enjoy. So tune in at 6pm on Monday for an hour of great music, lots of variety and even the odd chat. 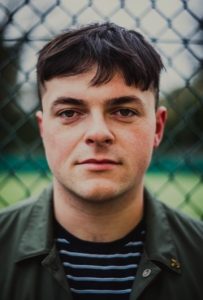 My names Dan and I’m proud to say I’ve been volunteering at Liffey Sound FM since late 2019.
My background is pretty much all things music. I’m a songwriter and I have performed in the band Weather Underground since I was 16 years of age.

Presenting Indie Groove was a challenge for me as at first I was far too shy to speak on the airwaves, however I came into my own as I figured out I’m a bit of a music snob (apparently). The opportunity to play and speak to upcoming bands and artists is what makes this job so fulfilling.
Alternative music is and will always be a great passion of mine and DJing an indie show every week is something I’m very grateful for.

Tune into Indie Groove every Thursday evening from 6pm for great tunes and a few laughs. If you have original music you’d like played on the air, send it into – music@liffeysoundfm.ie

Terry Callaghan – Blast From The Past

I’m Terry Callaghan and I`ve Been a volunteer with Liffey Sound FM since it began in 2006. I have been a presenter and producer of Blast From The Past since 2007. It’s an oldies music programme featuring the music of the 50s,60s, and 70s.and is broadcast weekly on Saturday mornings at 10am for two hours.

What joy it is to be given the opportunity to be able to play music that has always lifted my Soul!

To captivate and engage listeners to uplifting, melodic, funky house beats, that are not
mainstream, with some underground house classics thrown in, is a pleasure to share and
hopefully, my aim is to make listeners tap their toes or dance it out because music is what it’s all about!

Tune in to Sarah C every Saturday from 7pm to 10pm here on Liffey Sound 96.4FM. 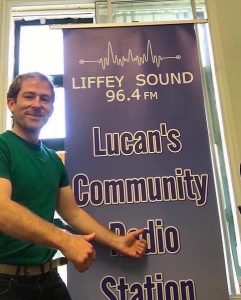 Derek Burke presents the Classic Hits Show Live on Liffey Sound 96.4FM every Friday from 6pm – 7pm. Born in a certain super music decade Derek is a big fan of music from the 80’s, 90’s and 00’s and has great memories of years growing up in those decades singing and dancing along to the music of all three decades.

Derek hails from Dublin but is now living in Co. Meath. He has appeared many times on RTÉ Television and Radio in Ireland as well as on local radio in Ireland. He has also performed in theatre in Pantos, Musicals and comedy dramas in Meath and Dublin and still continues to tread the boards to this day.

Derek brings a great upbeat, relaxed and fun voice to the radio playing a great mix of classic hit music to match. On the Classic Hits show every Friday night Derek will play non stop hits from the 80’s, 90’s and 00’s.

Each week he will play three songs from the album of the week which will come from the 80’s, 90’s or 00’s. He will also feature an Irish song of the week on the show which will be a new or recent release from an Irish Band, Artist or Musician. Also, on the show Derek will have some music trivia, on this day in music history along with listener requests and dedications. This is one super non stop musical show not to be missed! 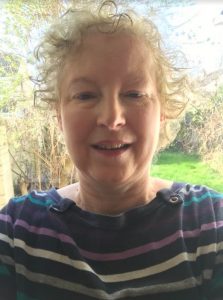 Una Ruddock presents Eco Era, which is about the natural world and our environment. It is about meeting the challenges of climate change and waste through sustainability, the circular economy and social enterprise innovation.

Una interviews activists and advocates, ecologists and entrepreneurs, campaigners and conservationists, public representative and anyone who has something to say about the ecological emergency and a just transition to a low carbon economy.